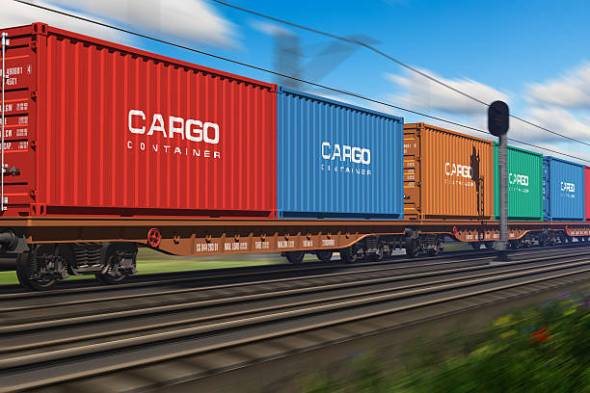 The Times yesterday suggested that the new Prime Minister, is searching for cuts to HS2 and other infrastructure investment to compensate for the mistakes of his predecessor. This makes no long-term sense. While tax cuts for the rich might be an inane route to growth, to ignore our need for efficient transport is to deny the mistakes of the last 60 years.  Beeching’s 1963v savage surgery in favour of road transport and the privatisation and segregation of the railway industry in the Railways Act of 1993 have caused untold damage both to the environment and to the economy.

The Future Railway Mobile Communication System, or FRMCS, has the potential to provide the efficiency and reliability railways and indeed the whole UK need in the drive for carbon neutrality.  Rail is committed to carbon neutrality by 2040. It needs signalling and electrification to support this. Using FRMCS both Freight and Passenger trains would be able to run faster, more predictable, safer interleaved services, greatly relieving the strain on infrastructure.  Freight alone contributes to saving 1.4 million tonnes of carbon emissions each year. A train replaces up to 67 trucks and each year the equivalent of 7 million HGV journeys are carried by rail freight. Rail freight is 82% quieter than road and has 76% less CO2 emissions. It is also a far safer ride than road.

Yet the priority is always for passenger trains with freight kept in sidings, delayed, and under-utilised. Making the rail routes environmentally sustainable will have a major impact on the ambitions to achieve Net-Zero within the sector, however electrification will also transform passenger journeys in the affected regions. Electrification accompanied with battery and hydrogen powered trains will provide the greenest mode of public transportation. Through electrification of the lines, trains are able to run faster, thus maximising capacity which allows more services to operate daily. Unlocking transport availability will have transformative effects on local people and economic growth. This is the same for freight and industry.

The speed limit for freight trains in 75 mph but because of delays the average journey is completed at half this speed. The other problem for freight is that the electrification programme gives priority for passenger routes. This is not to say passenger rail should not be prioritised – A total of 332 million rail passenger journeys were made in Great Britain in the latest quarter (1 April to 30 June 2022) (ORR). However, total freight moved was 16.87 billion net tonne kilometres in the latest year, Rail freight is vital to Britain’s economic success. Without electrification.  freight companies must continue to use a large amount of diesel rolling stock – it could be far more carbon efficient if only RIA pushed for all routes to be prioritised. This also needs to be addressed. Freight currently contributes £2.5 Billion to the UK economy but how much more could it do so if electrification concentrated on ports, cities, and distribution centres. What we need is smart networks will rail taking the long haul and road confined to local delivery. What if the speed and signalling allowed fast freight and fast passenger journeys to be interleaved?  We have fantastic cloud based, cyber secure, planning applications. A joined up smart rail and road network for both rail and road would be great for the economy and the environment.

The problem for the government is that it wants to show fiscal frugality whilst being environmentally advanced. Today, the Times reports that the PM has rightly agreed to go to COP 22, the climate summit being held in Egypt, and it also appears today that he is considering a windfall tax on energy companies. How does this square with investment in rail?  A 10-15 cost benefit analysis of the growth in UK business of green investment (electrification, faster trains, IoT train planning software etc.) would demonstrate that investment need not be seen as dead money but a loan to the industry.  Asking DB Cargo to make the investment is pointless unless they can be guaranteed a 10–15-year uncompleted contract to deliver. Great British Railway could be charged with managing the investment loan and could produce a CBA to show that the increased carriage charges made by freight as the business grows, will result in increased returns from Income Tax, VAT and Corporation Tax on profits.  It will also result in less pollution, carbon neutrality, greater productivity and safety.

Tomorrow, I will explore what Nokia thinks are the drawbacks to FRMCS implementation.