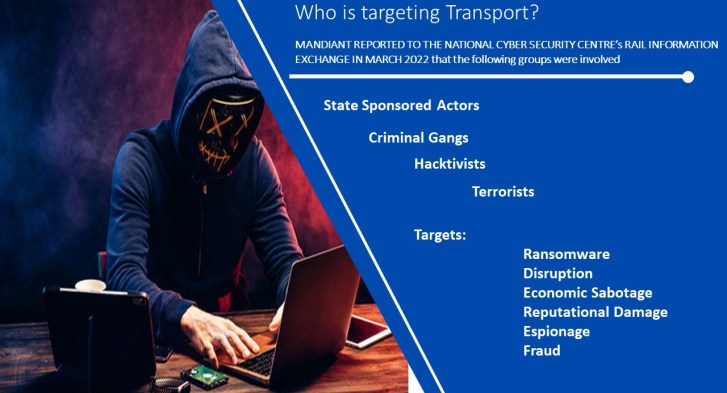 1.      Mandiant are an International, publicly traded American cybersecurity firm majoring in Cyber Threat Intelligence.  It rose to prominence in February 2013 when it released a report directly implicating China in cyber espionage. It reported this month to the NCSC on the transport cyber threat from China, North Korea and Iran but topically discussed how Ukraine and Russia were targeting each others’ rail infrastructure as well as their allies.  Mandiant see Aviation and Rail as the top targets for Cyber Attack with Maritime and other forms of transport close behind.