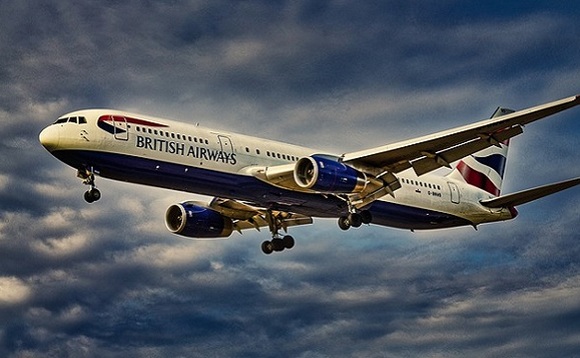 British Airways was hit by another IT systems outage at Heathrow Airport on Wednesday, causing huge delays for passengers.

The airline’s systems at Terminal 5 were down for almost an hour in the afternoon, prevent all flights from taking off and passengers from boarding.

Customers faced long queues at check-in counters and were unable to get any boarding information.

Several Heathrow-bound planes were rerouted to other airports.

In the eight hours between 14:00 and 22:00, more than 50 short-haul departures were listed as cancelled on the airlines’ website.

“We experienced a technical issue for a short time this afternoon which affected our operation at Heathrow Terminal 5,” a BA spokesperson said.

“This has now been resolved and we’re resuming flight operations.”

The airline apologised for the trouble caused to passengers as a result of the outage, and said it was offering refunds or rebookings on alternate flights, as well as refreshment vouchers and hotel accommodations where required.

BA emphasised that the problem was not a “global” system failure as claimed.

A Heathrow spokesperson said the airport was aware of the airline’s issues and was working with the company to investigate and fix the problem.

“We are working with our airport partners to assist passengers whose journeys have been disrupted and have deployed additional resource in our terminals,” BA’s spokesperson said, adding that due to a number of flight cancellations, passengers were recommended to check their flight status with BA before travelling to the airport.

Will Karkar tweeted that he had “been stuck at Heathrow for 2.5 hours” and “was unable to check in with @British_Airways due to them experiencing a ‘global IT system failure’.”

“No one seems to have answers or know what’s going on #BritishAirways.”

Wednesday’s IT outage was the latest in a series of high-profile gaffes that have plagued the airline this year.

Nearly 200 BA flights were disrupted last weekend, causing customers to queue for more than an hour to check their baggage and some to be forced to return home without their luggage.

Last month, thousands of BA passengers reported problems at Heathrow Airport after the airline suffered a major technical issue, causing delays and cancellations of 500 flights, luggage pile-ups and people being stranded on planes after landing.

The carrier’s website and app were down for several hours as a result of the IT system issue, preventing customers from booking tickets or accessing flight information.

Sean Doyle, BA’s CEO, acknowledged in an internal memo to workers that passengers and employees are ‘fed up’ with recent issues such as IT problems and employee shortages.

In an email sent to passengers last month, British Airways said it has begun work to reform many of its systems and processes to ensure that BA ‘is an airline you’re excited to fly with in the future.’